Beginning his career in the Party over 28 years ago as a Trainee Agent, Darren Mott has spent his working career dedicated to campaigning for the Conservative Party. He worked for ten years as a Constituency Agent working for Rt. Hon. Kenneth Clarke QC MP and David Evennett MP.

After spending the 2010 General Election campaign as a Battleground Director for the CCHQ Target Seats programme, he moved to take on the role of Deputy Director of Elections, managing all aspects of the Party’s elections on the ground.

Following the 2015 General Election, Darren was appointed as Director of Campaigning for the Party. In 2016 Darren then took on the role of Director of Campaigning and Chief Agent of the Conservative Party, in charge of all field operations and delivering campaign strategy across the UK before being appointed the CEO of the Conservative Party in March 2020. 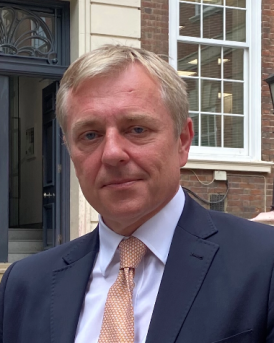